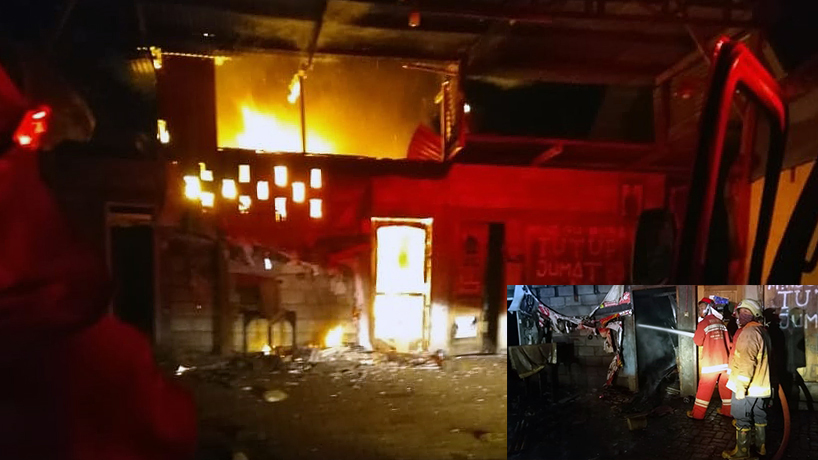 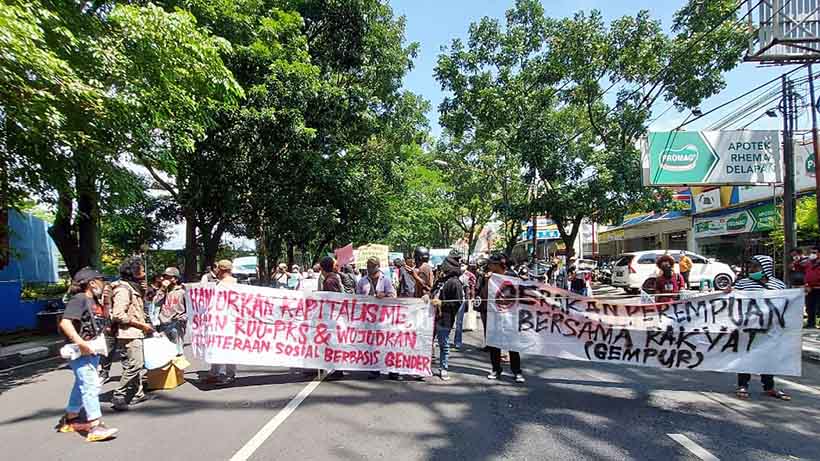 Demonstration to commemorate international women's day which was infiltrated by the issue of separatism. (Foto : Kabarmalang.com)

Dozens of student members of the National Student Front (FMN) together with the Women’s Movement Alliance with the People (GEMPUR), elements of the AMP, Free West Papua staged a demonstration in commemoration of International Women’s Day.

They tried to march to the front of the Malang City Hall / DPRD Office on Monday (8/3/2021) at 9.00 am WIB. The protesters occurred with posters and banners, gave speeches criticizing and demanding the local and state government.

But, some protesters slip some posters with separatism tendency among the woman rally. Which is, Reject Special Autonomy volume 2; the solution is to have a referendum for West Papua.

Withdraw the Indonesian military from all over Papua. Kitong asks for independence, not asking for special autonomy. Stop the coup end military dictatorship. Provide safe space for Papuan women. That was the gist of the separatism issue.

Malang City Police Chief: It Is Not Accordance To Commemoration of Women Day.

At around 09.30 WIB, officers from the Police and Public Order Enforcers of the Malang City Government ask them to stop their actions because they did not have permits for the demonstration.

Moreover, currently, it is still in the mass of the covid-19 pandemic, as well as the implementation of micro-scale PPKM.

In carrying out security, the Head of Malang City Police, Police Grand Commissioner Dr. Leonardus Simarmata, and Commander Military District 0833 / Malang City went straight to the field by themselves.

The Malang City Police Chief appealed to the protesters to disperse immediately because currently, it was still the covid-19 pandemic.

Also, the action carried out by the protesters with a combination of other elements of society did not have permission from the police.

“Besides, this action is not accordance to commemoration of” Women Day “. And disturbs other community activities. Moreover, currently it is still in the mass of the covid-19 pandemic and the implementation of Micro PPKM,” explained Police Grand Commissioner Leonardus Simarmata, Monday (8 / 3/2021) noon.

“Because the demonstrators ignored our warning, they were forced to disperse the action. Moreover, we have allowed them to convey their aspirations,” added the Police Chief.

“When we transported them by truck, they kicking the glass of the truck. So we secure them to headquarter for investigation,” he concluded.(carep-04/yds) 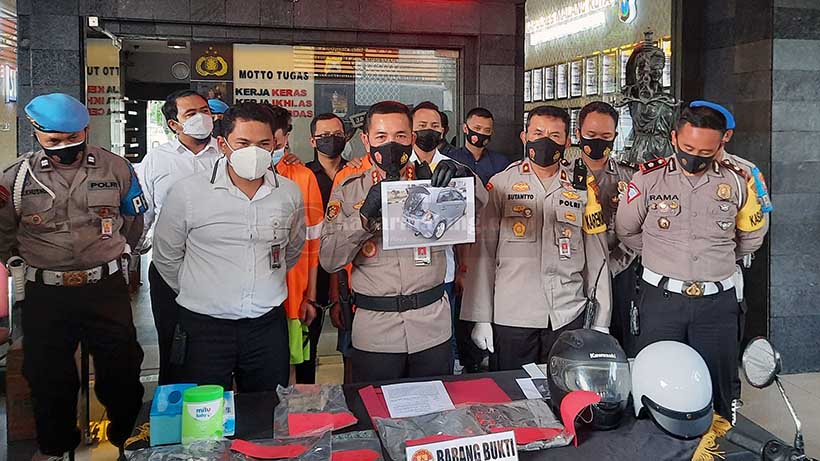 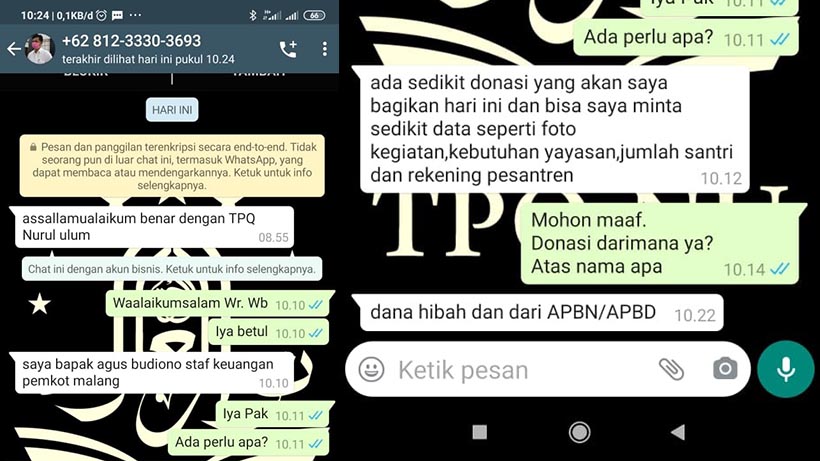